Get Gunpla Model Kits from Japan

Gunpla kits are very popular with collectors. There are hundreds of models available and many of them are not sold outside Japan. Fortunately, White Rabbit Express is here to help you.

We can help you buy Gunpla Model Kits from Japan

White Rabbit Express is a buying service for Japanese Products. We can buy and ship virtually anything from Japan to nearly anywhere in the world.

What to get and where to get them

Gundam model kits, also known as Gunpla, are based on mobile suit designs from the popular Gundam anime series. Gunpla is a portmanteau of the words “Gundam” and “plastic model”, also known as ガンプラ (Ganpura) when searching in Japanese.

The hobby of collecting and assembling Gunpla is extremely popular with fans of mecha anime as well as model enthusiasts around the world. In fact, there have been millions of these kits sold worldwide.

The most basic of these Bandai kits can be built with just your bare hands and pliers. All of the models come with their parts attached to the runners so they must be cut off with pliers in order to build one. The majority of these model kits come with the parts already molded in the correctly colored plastic so there is no need for painting involved and some, if not all, of these pieces are ready to be attached together right out of the box after cutting them loose. There will be pegs to connect the parts so there is no need for glue in building these.

A finished Gunpla is poseable and will have working joints. Most kits will come with accessories relevant to the mobile suit as well so they can be posed in various ways with them. However, it is not recommended that they should be played with no matter how durable they are since they are not action figures.

Although most kits are plastic, there are special ones whose plastic has been metal-plated for a metallic finish. There are also more premium options available that are made with different materials such as unpainted resin or even metal. These kits are all more expensive than their plastic counterparts but offer a higher level of detail and a bigger challenge for those who are more experienced in model building. These more complicated models are referred to as “real detail” and can take days to build.

All Gunpla kits can be customized, which contributes to their popularity. Some of the cheaper kits will include sticker decals to place on the appropriate parts. Many people buy proper paints for model kits and give the model their own personal touches as well!

# Where to buy Gundam model kits?

With the popularity of these kits, there are so many places to purchase them. Here are some of what we think are the best places to shop at for them.

Bandai is the manufacturer of Gunpla, so what better place than Premium Bandai to get your model kits? Their website carries a lot of Gundam merch and they often have limited edition kits that can only be obtained through their website.

Most of these products are available in Japan only, so we have created a guide on how to buy from Premium Bandai.

Amazon Japan is a good way to buy new or preowned Gunpla kits. Many of these kits are often sold new for a reasonable price. There are over 1000 results to pick from in the “Gunpla” category. Most products sold on Amazon Japan cannot be shipped internationally though, so we recommend using a proxy buying service to purchase from there. To learn more about the process of buying from there, here is a guide on how to buy from Amazon Japan.

Rakuten Japan is one of the largest online shopping malls in Japan and has a treasure trove of Gunpla waiting to be bought. The Gunpla search turns up thousands of results from many different vendors.

There are third party shops that sell on Rakuten and many of them are reputable. These sellers can range from small vendors to even the actual brands or manufacturers themselves. Because there are so many vendors, it may be possible to find items that have been sold out everywhere else.

Here are two examples of shops you can buy Gunpla from:

Browsing through this huge e-commerce platform may be confusing so for anyone who may be feeling overwhelmed here is a guide on how to use Rakuten Japan.

Second-hand shops and apps are a great place to look for that elusive Gunpla model that was released years ago and may be hard to find. There are many mobile apps where users can sell their items. Here are the top three platforms that are used in Japan to buy pre-loved items from:

# List of famous model kits you can buy in Japan

With thousands of Gunpla kits in existence, if you are new to the hobby, finding your first one to start off with might be difficult. This is why we’ve created a list of the top model kits that you can buy in Japan! 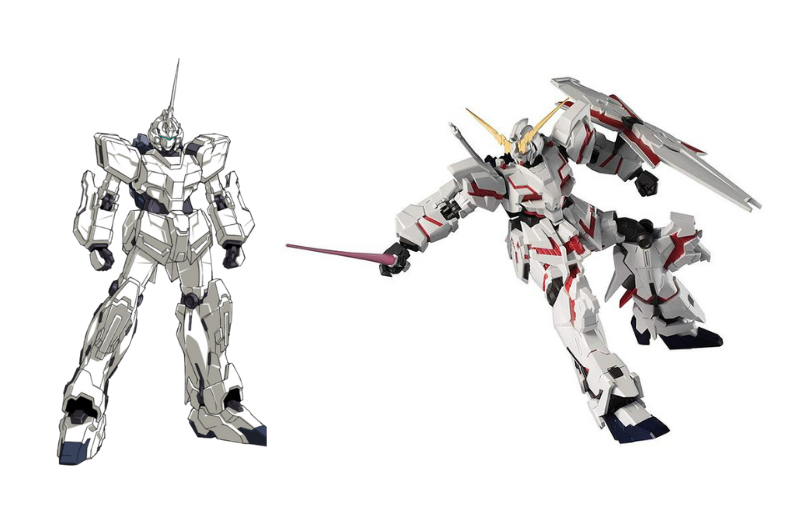 Chances are the RX-0 Unicorn is the first image that pops into your mind when someone mentions Gundam. This very famous Gundam was created to be the main symbol of the E.F.S.F’s reorganization plan in the Mobile Suit Series. The RX-0 Unicorn is seen as a symbol of possibility in the Gundam universe, due to it being the key to finding Laplace’s Box.

This Gundam has been recreated in real life and is the famous Gundam statue located in Odaiba, Tokyo.

If you would like to have an RX-0 Unicorn of your own, you can find it sold on Bic Camera, Yahoo Auctions, or Mercari. 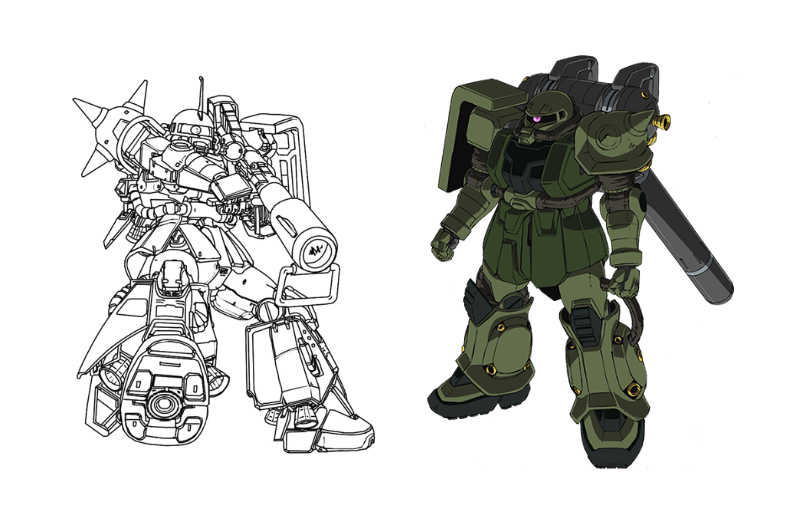 Zaku mobile suits first appeared in Mobile Suit Gundam and have continued to appear throughout the series. The Zaku is a popular and widely used mobile suit within the series. It is extremely versatile as well so there are many versions of the Zaku mobile suit available as kits!

If you like the Zaku, you can find your own to build on Bic Camera, Yahoo Auctions, or Mercari. 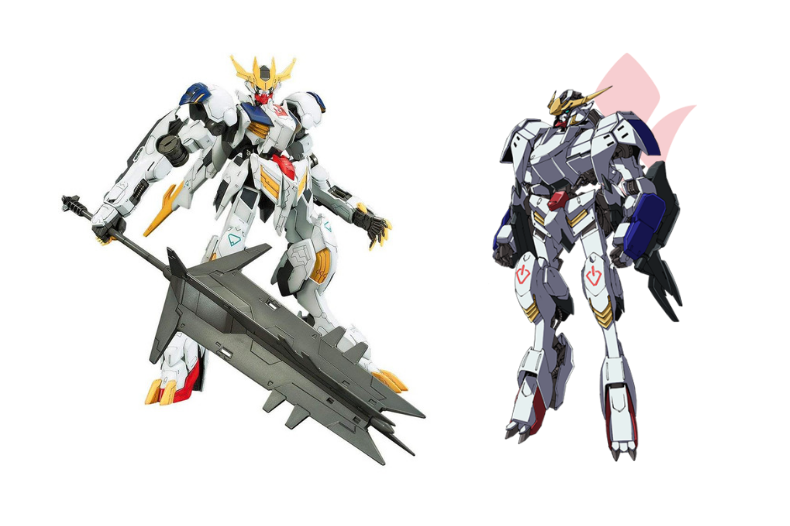 The 8th of the 72 Gundam Frames created by Gjallarhorn in the Mobile Suit Gundam IRON-BLOODED ORPHANS tv series, the Barbatos is a popular Gundam among collectors. The ASW-G-08 Gundam is piloted by Mikazuki Augus and is the main mobile suit in that particular series.

To have your own powerful Barbatos plastic model, you can find it on Bic Camera, Yahoo Auctions, or Mercari.

This Gundam is the second of five Gundams that were sent from the Space Colonies down to Earth. The Deathscythe featured mainly in New Mobile Report Gundam Wing and has the highest speed among the original five Gundams. It is named after its main weapon, a powerful beam scythe.

Find your own Deathscythe plastic model on Bic Camera, Yahoo Auctions, or Mercari. 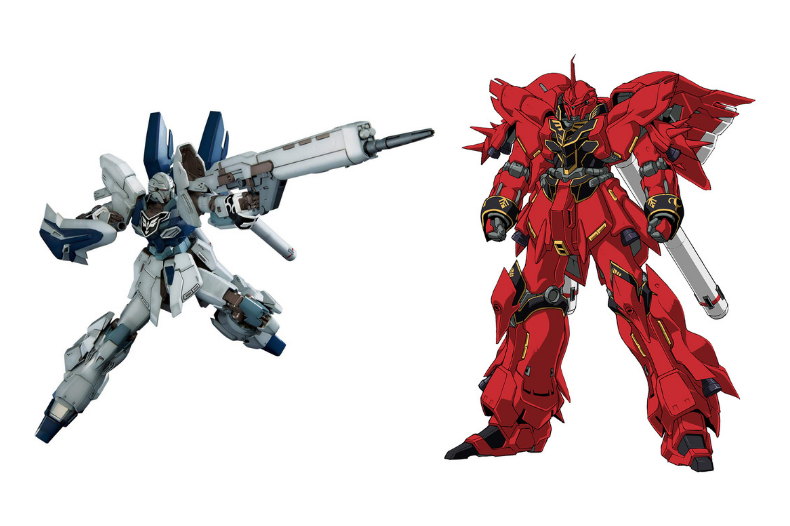 This crimson Gundam reminds people who see it of the legendary “Red Comet”. The MSN-06S Sinanju is featured in the Mobile Suit Gundam Unicorn novel as well as it’s OVA adaptation and television re-cut.

To have your own Sinanju, find it’s plastic model kit on Bic Camera, Yahoo Auctions, or Mercari.

# Where to get the latest news about Gunpla?

With the Mobile Suit series still incredibly popular, there are many Gunpla being released every year. To keep up with all the news, here are some places you can go to find the latest on Gunpla.

There are many blogs dedicated to Gunpla written in English. Two popular blogs in the Gunpla community are Gaijin Gunpla where you can find kit reviews and Gunpla 101, where they also have tips on how to build your own Gunpla. Both blogs are good for enthusiasts of all levels.

The Gundam Wiki is frequently updated with information about Gundams and Gunpla. Formerly known as Wikia, the Fandom page has hundreds of entries about the mobile suit series.

The subreddit r/Gundam is extremely active and a great source for new information about Gunpla. You can also find tips on how to build your own kit as well as ask people there for advice.

With a name like Gundam Forums, how could this site not be a wealth of information? They even have their own thread for new Kit news and potential new rumors. Other than keeping up with the latest news, you can also trade for Gunpla parts and pieces on here as well.

Buying from Japan has never been more simple:

1
Tell us what to buy
Add your items for an instant quote.
2
Check Out
Sign-in to checkout. It’s so simple.
3
We buy your items
We’ll send email alerts as your order progresses.
4
We ship your package
Select a shipping method. Combine packages and save.
Add an item
For an instant quote
Or learn more