What is the Japanese equivalent of eBay?

Chances are you just searched for "eBay Japan" on Google and found nothing except this page. It's normal! eBay has not been available in Japan since 2004, but many Japanese alternatives are available.

In this article, we present several alternatives to eBay in Japan. We hope this will help you in your search for Japanese products. We also invite you to take a look at our proxy purchase service if you have any problem buying one of these items.

# eBay was in Japan

In the past, eBay has already tried to conquer the Japanese market. Indeed, a Japanese version of this leading marketplace was launched in 2001. But this attempt to expand into one of the major Asian markets proved to be a failure. As a result, the auctions were stopped in 2002, and the site closed in 2004.

Like many other Western companies before it, eBay did not understand Japanese cultural differences while it is an essential criterion for being successful in this country. The American group thought that its simple name would be enough to bring back customers without having to make efforts of adaptation and communication.

Their failure was resounding, but it has allowed several Japanese sites to emerge in a market that continues to grow.

# Alternatives to eBay in Japan

There are five popular alternatives to eBay in Japan. In this part, we explain in detail how these Japanese e-commerce sites work and what differentiates them from each other.

After eBay's hasty departure, Yahoo found itself alone on the Japanese market. Today, Yahoo Auctions is Japan's leading online auction platform. Even though this service is (paradoxically) no longer available in the United States, where it has not found success.

More than 30 million auctions take place every day on this website. But Yahoo does not stop there since it also offers individuals to sell at fixed prices their second-hand items. All these announcements make Yahoo.co.jp the second most viewed site on the Japanese web.

It is tough to buy auction products on Yahoo Auctions Japan when you do not live in the Land of the Rising Sun. Fortunately, we have created a guide that will help you better understand how this site works. Do not hesitate to have a look!

Find out more: How to buy on Yahoo Auctions Japan from abroad?

Despite this long dominance in the auction sector, Yahoo does not hold the largest e-commerce site in Japan. It is Rakuten who occupies this first place.

Rakuten is undoubtedly the most serious competitor of Yahoo Auctions in Japan. This Tokyo-based website is Japan's largest e-commerce and is one of the largest Internet companies in the world.

Rakuten's business does not stop at the Japanese borders as its main sales platform is available in more than twenty countries. Besides, the Japanese leader buys large foreign e-commerce sites to acquire faster market shares outside Japan.

Find out more: How to buy on Rakuten Japan from abroad?

# The Amazon of Japan

Rakuten is often nicknamed the "Amazon of Japan", even if Amazon has a popular Japanese version. The operation of the site is very close to that of the leader of American e-commerce - and eBay. Third party sellers can offer their products in their own virtual shops hosted by Rakuten. This feature is a convenient option for small merchants who do not necessarily have sufficient technical skills to have a serious web presence. Thus, you will find many Japanese artisans and sellers of second-hand products on this platform.

But Rakuten does not have hegemonic control over online sales. Many platforms specializing in C2C sales have emerged with the growth of the mobile Internet.

Three Japanese consumer-to-consumer apps have become a must-see for online shopping in just a few years. Mercari, Rakuma (formerly Fril) and Otamart (on Android and iOS) are three serious alternatives to eBay in the Land of the Rising Sun.

Mercari is the figurehead of this new trend in e-commerce. This Japanese marketplace was established in 2013. In a few years, it became Japan's most popular retail-to-private sales application. More than 10 billion yen are traded on this app every month.

Rakuten does not want to let small startups take their market share. That's why they launched their own sales application from individual to individual: Rakuma. If this market place has not yet succeeded in dethroning Mercari, it occupies a second honorable place in front of Otamart. 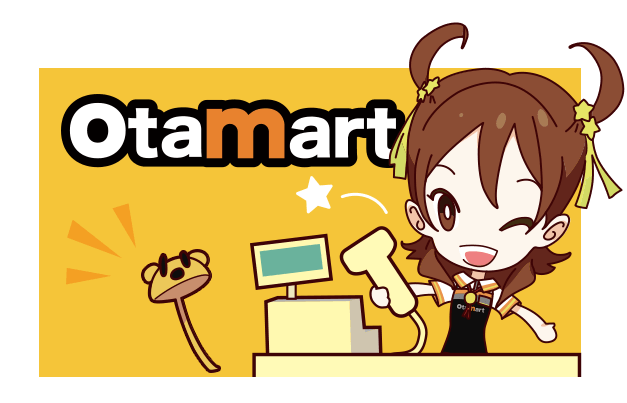 Otamart is a little different from these two main competitors, since it targets fans of Japanese popular culture, not to mention "otaku". You will find many goodies from anime series and popular mangas in Japan.

These platforms are totally adapted to the Japanese cultural specificities with different functionalities. For example, Mercari allows you to send your items through a konbini, which significantly facilitates the sale between individuals. Besides, the buyer and the seller do not even need to know the name and address of their interlocutor which is a plus for the privacy and security of its users.

The e-commerce offer in Japan is therefore much more modern than what eBay offers in the rest of the world.

# Marketplaces only for Japanese?

Unfortunately, it is impossible for people not living in Japan to buy on these platforms without using a proxy shopping service like White Rabbit Express. Moreover, most of these intermediaries do not support these platforms because they require more work on their part than traditional sites.

At White Rabbit Express, we accept all orders, even those from Mercari, Otamart or Rakuma. We have written several guides to explain how it works to help you buy used products in Japan.

# How to buy on these platforms from abroad

As we told you in the section above, it is not easy to buy on these sites which are most often reserved for Japanese customers. That's why we created White Rabbit Express, a proxy purchase service that has been buying from Japanese sites for foreign customers since 2005.

# Is a return of eBay to Japan possible?

It is not impossible that eBay will try again in several Asian countries, including Japan. In 2018, the American group bought Qoo10, a Japanese sales platform for more than 500 million dollars. Qoo10 is not a small site since it has sold products to more than two million customers.

We could soon hear again about eBay in the Land of the Rising Sun. Meanwhile, Mercari, Rakuten (and his app Rakuma), Yahoo Auctions and Otamart are safe sources to buy Japanese products.

I am the Head of Growth at White Rabbit Express. I also have a blog called Nipponrama, where I share tips for travellers and overseas students and foreign workers in Japan.